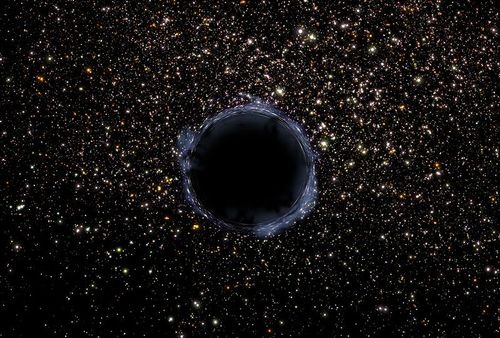 The Eridanus Void
< previous next >

'The apparent development of a large void of some billion light-years in diameter in the Constellation Eridanus appears to be improbable given current cosmological models. A radical and controversial theory proposes that it is a "universe-in-mass black hole" rather than hypothetical dark matter responsible for the phenomenon described as the expanding-accelerating universe. This radical theory of cosmology suggests that stars at the edge of the Hubble length universe are being consumed by a universe-in-mass black hole.'