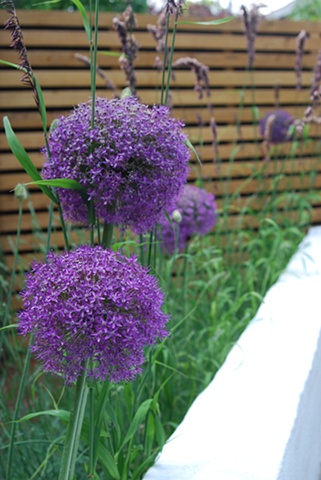 The Importance of Habitat in Garden Biodiversity

When looking to increase our garden’s biodiversity, it isn’t simply a case of planting as much as we can and just sticking down any old plants and shrubs. We need to consider the wider environment surrounding us to identify which plants and wildlife species dominate and to focus on things like soil quality in the area – whether it’s acid or alkaline and the local climate and anything else which typifies your local environment. It is important to then try to mimic that in your garden, introducing other plants which will thrive in a similar habitat. As it will be creatures within your local area that will be attracted to your garden, a good idea is to visit some nearby woodland and see what goes on there. What plants and shrubs do you see and what kind of wildlife can you see? How about wet areas? If there are ponds nearby, what kind of creatures do you see there and what is the immediate environment like around the pond? By looking more closely at what you can see in a nearby wood, you can mimic this in your garden to create the same ‘natural’ environment which will attract wildlife to it.

Once you’ve identified which plants are appropriate, it’s then time to look at areas of your garden which will support these and, quite often, people tend to only look at that space they can visibly see, forgetting about the ‘invisible’ space that they may not have identified yet. It’s this ‘forgotten about’ space that is the key to maximising garden biodiversity alongside the right choice of plants.

Many people tend to think of the size of their garden by considering its length and width and often neglect to think ‘vertically’. In doing so, they fail to capitalise on the opportunities to increase biodiversity as a result. Take climbing plants, for example. You may have bare walls on the exterior of your house which could support climbers such as ivy, creepers or honeysuckle. By introducing these kinds of plants and ‘training’ those using wire and trellises, not only will the exterior walls of your house look more aesthetically pleasing, they will also attract insects and birds. You can also adopt the same principle on trees which makes more use of the available space within the branches of the trees.

Decking is very popular these days and is one of the fastest growing areas when considering home improvements. However, it can serve far more of a purpose than a place on which to hold a barbecue. By considering the space underneath the decking, you could store logs there and other things such as pruning materials you’ve cut off. This will attract more insects which in turn will attract more birds, mammals and amphibians that will come to eat them. A small mammal might also appreciate the area underneath the decking to take shelter or even to build a nest. Even if there are no areas underneath the decking or patio, you can introduce new plants in containers which you can situate on the decking or patio itself. Once again, this increases the amount of space you have for gardening as well as looking good too. And, you can always move these containers around if you need the additional space to entertain.

Urban development is one of the biggest factors in destroying wildlife habitat and with less and less space for both plants and wildlife to inhabit, by maximising the biodiversity in your garden, you are making a large contribution to ensuring the survival of both plant and animal species.