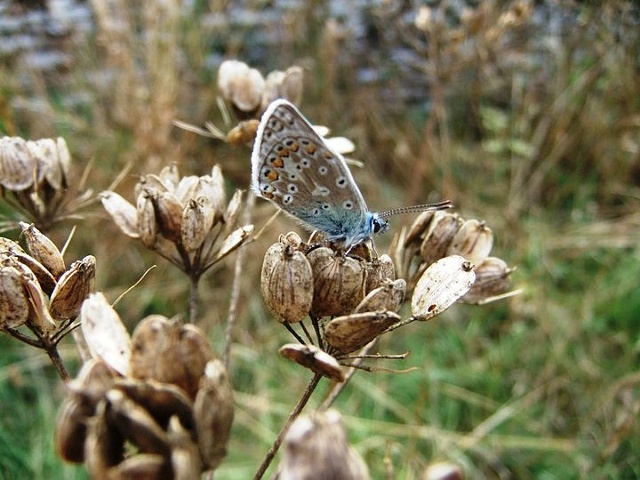 Communities take action to save plants
< previous next >

One variety of crop is lost every day, according to the Global Diversity Crop Trust (GDCT). Yet biodiversity experts are warning that seed banks around the world – which preserve plant life under threat of extinction – are vulnerable in the face of budget cuts. In Britain, the UK government is calling for up to 40% cost reductions across its departments, and the Millennium Seed Bank Partnership at Kew, for example, is uncertain how much support it will receive in the coming year.

UK gardeners, though, are taking action. By saving seeds from homegrown vegetables and sharing them at seed swap events, communities are preserving rare varieties and helping to save foods from extinction.

Dom Marsh is a member of Leeds Permaculture Network, which organises a seed swap every year, as well as monthly workshops and talks. He believes that community action to save seeds is a vital part of ensuring the UK's food security. "If you think about the kind of seeds that industrial companies are producing and their prospects for long-term sustainability, community action becomes very important," he says.

"It's all about a gene pool. If everyone all over the world is growing the same variety, eventually you will get some sort of disease that targets that very variety. It is also incredibly important when it comes to climate change. If we haven't got the diversity that means that we can adapt, it makes our food supply very vulnerable."

The Heritage Seed Library, a charity working to safeguard rare varieties, says it is aware of up to 50 UK seed swapping groups, including rural and inner city locations, such as Haringey, in north London, Hereford, and Brighton.

Dyfi Valley Seedsavers, in Powys, has been running seed swaps for five years. Now the group has taken the idea further, by running a campaign to find and grow seeds that people have hoarded. The scheme has turned up several interesting heritage varieties, none of which can be bought from supermarkets or seed companies.

"There was a runner bean that somebody donated that they had been saving for 30 years," says volunteer Claire Rhydwen. "They were given it by someone else who had been saving it, and they wanted us to have it so we could grow it and keep the variety going."

As a result of the campaign, the group is testing a number of varieties, including the Llanover pea and two new types of tomato bred by a local gardener. The aim is to see how well they grow, whether each variety is suited to the local environment, and to allow local people to select seeds from them. "It's designed so we can get a bigger stock in the local area that becomes adapted to local growing conditions, which we can then give out to other people," Rhydwen explains.

Many seed swap groups are run entirely by volunteers. Nigel Maxted, a lecturer at Birmingham University's school of biosciences and deputy chair of the UK Plant Genetic Resources Group, believes that councils should do more than just supply allotments. "I think they should be encouraging people to get involved in seed saving in their community, and working on locally-based conservation," he argues.

"If you have a particularly good variety that's unique to an area, shouldn't the council be actively involved in preserving that material? I think it's just never occurred to anyone to do this, people assume the material will always be there – but it's being lost very quickly."

Seed swaps have prompted Maxted to catalogue the varieties of seeds being saved, and he is hoping for a government grant to research them in more detail.

Cary Fowler, executive director of the GDCT, believes that seed swap groups can act as a way of raising awareness. "You could say it's one of the most important issues in the world – we're talking about whether we're going to be able to feed ourselves in the future. But that's not to say policy-makers put it anywhere near the top of their agendas. So I think people who [get] their hands dirty – literally – can really help to educate the rest of the public and, potentially, policy-makers," he says.

"We need campaigns now, for the public to say they need and want agriculture to be ready for climate change. The public are the only ones who can demand some government accountability."